The world’s greatest living explorer is undertaking his toughest challenge yet…the coldest journey on earth.
Sir Ranulph Fiennes will attempt to cross the Antarctic during the Polar winter – a feat never before accomplished.
The 68-year-old heads a five-man team on a journey that will see temperatures plummet to as low as minus 92 °c, travelling through terrain that he himself once described as ‘impossible’ to conquer.
This will be the first expedition ever to try to cross the continent on foot during a punishing southern winter, in what has been hailed as the last great Polar challenge and where conditions will be more taxing that anything known to man.
Sir Ranulph admits he is facing his own greatest ever test – and this from a man whose feats of endurance are legendary. The first man to reach both the north and south poles, and the first to navigate Antarctica on foot, he has conquered Everest – at the third attempt –run seven marathons in seven consecutive days…oh, and has had a double heart bypass into the bargain,
Bone-Chilling Territory
The coldest journey on earth will involve 2,000 miles of bone-chilling Antarctic territory, mostly during complete darkness, starting on the spring equinox of March 21st and expected to last for a gruelling six months.
The furthest distance anyone has ever achieved before during a Polar winter is just 60 miles.
Sir Ranulph admits the journey will seriously stretch the limits of human endurance, with his team facing ‘unpredictable’ challenges – including the very real danger of bursting lungs.
There will be no rescue services for 10,000 miles, – aircraft will not be able to reach inland due to the threat of freezing fuel – turning the prospect of any misadventure into a life-threatening hazard. 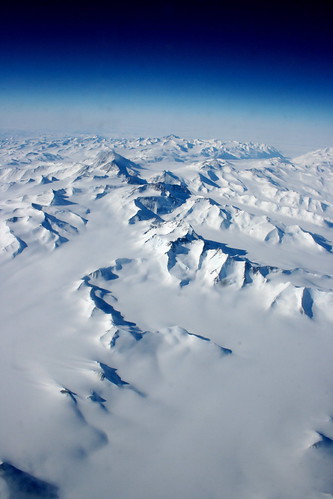 Royal Send-Off
The expedition is now en route to its official starting point in Novolazareskaya in Russia, having been given a royal send-off by patron Prince Charles on board SA Agulhas on the Thames in London.
The epic trip will give scientists the opportunity to gather and analyse data from a mass of scientific equipment, while at the same time raising – it is hoped – millions of pounds for charity.
Sir Ranulf, the very embodiment of all-action hero even with his 70th birthday on the not-too-distant horizon, will be one of two men undertaking the journey on skis, leading two giant sledge-borne bulldozers which will carry two portacabins for use as living quarters, plus a fully-equipped, purpose-built laboratory.
The leading pair will be responsible for seeking out potential dangers, including any crevasses which would spell disaster and stop the entire expedition in its tracks.
Described as an epoch-making attempt on the record books which will pave the way for a new dawn in year-round Antarctic exploration, the Coldest Journey on Earth is aiming to raise ten million dollars for the Seeing is Believing Charity, which tackles preventable blindness across the globe. 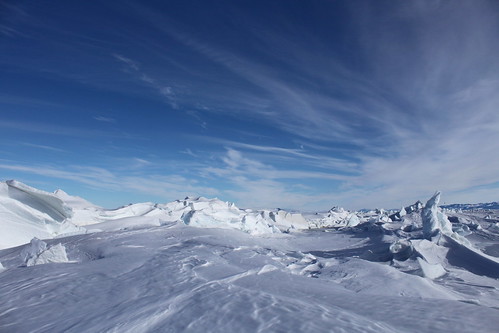 Nicki Williams writes for Gear-Zone, stockists of all the major outdoor clothing and equipment brands including Rab, Berghaus and The North Face.
Click here for more information
Picture source: Compfight