No one wants to become ill while on holiday. Perhaps an idea of where not to go on holiday to avoid becoming ill would be useful.
It is an unfortunate fact that holiday illness claims have been filed by persons who became ill while on holiday. Historically, holiday illness compensation has been awarded based upon the cruise line, hotel, or other company whose accommodations have caused such illness. There is one hint what not to do on holiday to avoid illness. Drive a car or fly to the holiday destination of choice, but don’t sail there.
In reviewing the list of hotels and resorts around the world that have been involved in making holidaymakers ill during their stay, substandard food hygiene seems to be the primary cause. Clients staying at these hotels and resorts have encountered salmonella poisoning and Irritable Bowel Syndrome. Some have even reported a parasite called cryptosporidiosis, which was encountered in the swimming pool. Clearly, Majorca is not the top destination for holiday, nor are the Aguamar Hotel nor the Alcudia Pins Hotel, where the infractions occurred.
Each country around the world has been the basis of holiday illness claims. The Bahamas, for example, in the Pink Sands and Wyndham hotels, seem to have a problem with food hygiene. In Greece, holiday illness compensation has been awarded to persons suffering illness after they noticed empty swimming pools covered in cockroaches, leftovers from previous meals being recycled onto foods for another meal, apartment doors hanging from their pins and more unsavory things. Here is another hint where not to go on holiday to avoid becoming ill.
In the States, such widely varied locations as California, New Mexico and Arizona on the west coast paired with Florida on the east coast appear to have the same problems with food hygiene as some European destinations. The Ritz-Carlton and Raddison hotels, plus the Flamingo in Las Vegas might be avoided as holiday destinations if one does not want to become ill.
The United Kingdom has not escaped notice as a holiday destination in which one might become ill. The Isle of Wight recently came under investigation when children became ill. Suffering diarrhoea, vomiting and stomach pains, these children fell victim to a food poisoning outbreak in Sandown. Public Health Wales is presently investigating an outbreak of cryptosporidiosis, contracted at Newport Centre in the swimming pool. 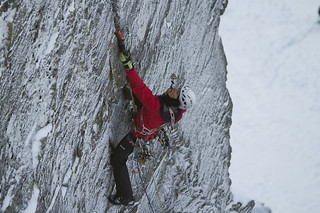 This is only the tip of the iceberg, as it were. The truth of the matter is that poor food hygiene and haphazard maintenance in hotels and resorts are responsible for much of the illness claims and compensation. Lists of offending resorts and hotel accommodations can be found easily. Taking precautions not to stay at suspect holiday resorts and hotels can mean the difference between an individual’s or a family’s good health and health concerns that can last the remainder of one’s life.
Becoming ill while on holiday is not in people’s plans. It happens, though, so knowing where not to go on holiday to avoid becoming ill is important.
William, a writer from the UK, used Irwin Mitchell Solicitors for his holiday illness compensation when he got injured traveling abroad.