Often, when people think about Europe, they think of winter wonderland and dreamy castles. There are plenty of dreamy castles in Europe but if you are looking for adventure, you will not be disappointed. This continent is packed with a lot of testing terrain which is perfect if you are into hiking and other outdoor activities. The holiday season is fast approaching which means that it is time to begin planning for adventurous activities that will enhance your family’s bond. Let us look at five adventure destination that you and your family can enjoy.

In Europe, this country is among the most northerly which means that a lot of its landmass falls within the Arctic and is covered with ice for most of the year.
There are many fjords that indent the coastline accompanied by glorious glaciers and treacherous mountains. If you want to treat your family to some hardcore adventure, then make your way to Spitsbergen which is about nine hundred kilometers south away from the North Pole.
Some of the highlights of this wonderful location are sighting Polar Bears as they forage for food, watching a group of walrus and Grey Seals playing.

The Pyrenees is quite a large range of mountain that runs across the border of Spain and France. Come to think of it, it practically divides the two countries. To enjoy this region, you can decide to engage in a bike tour and ride from the Atlantic Ocean banks to the ones of the Mediterranean Sea. This way you will be taking part in discovering the route of the so called Tour de France. You will pass by the Col de Portet Aspet, the Col du Tourmalet, to name just a few.

The Dolomites in Italy

This is without doubt the best and most original ferrate route that you can find anywhere in the globe. It is a challenging trek that will take you through the spectacular Brenta mountain range which is located in the gorgeous province of Trento. If you are a beginner in the world of adventure, it is a good idea to hire the services of an experienced guide for a successful trek. 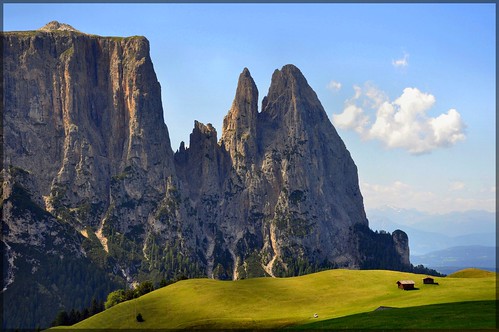 I am sure you know that Iceland is a nation of extremes. It is a country blessed with ferocious volcanoes, beautiful glaciers and it is also a country which has freezing temperatures. Though there are many small glaciers that account for around eleven percent of the area, there are three major glaciers which are Hofsjokull, Vatnajokull and Langjokull. The coastline is indeed an alluring feature since it is endowed with tempting fjords and bays. Sometimes called the Northern Iceland capital, Akureyi will present you with magnificent sailing, dog-sleighing and ice-climbing opportunities.

The National Park of Cairngorms in Scotland

I know, this sounds cliché but it’s far from it. If you do your research, you will see that the Scottish Highlands are known the world over as Europe’s best hiking spot. This National Park, which is the largest in Scotland, has a miscellany of land forms that range from arctic plateau wilderness to primeval Caledonian pine forest. About a fourth of United Kingdom’s endangered animal, plant and bird species have their habitat here.These five destinations will give you a family adventure of a lifetime.
Image by 1 & 2