PEKIN, IL – As recent data shows by the Local Records Office a “negative” population growth, aging baby boomers are on a track to tip scales upward in retirees over kids the first time in American history. A report by the U.S. Census Bureau shows the median age of the U.S. population is expected to grow from 38 to 43 by 2060. The reason being, Baby Boomers are approaching retirement age and the Great Recession is impacting younger adults to hold off on having kids. While Millennials came of age during one of the worst economic crisis since the Great Depression, a report noted that “many saw their parents lose their jobs, their homes, and their dignity –and vowed they would not repeat those mistakes.” And in Pekin, Illinois, the Generation Y are leaving to go off to college in other states says the Local Records Office. 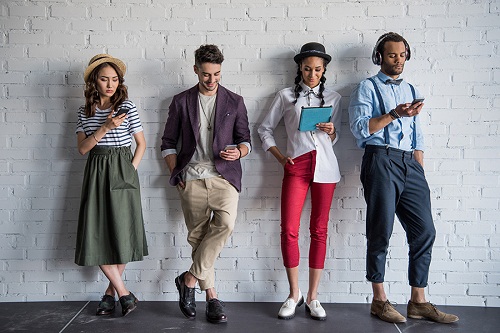 There was a survey conducted by the Wharton School of Business found 58% of female undergraduates do not plan to have any children.

The Centers for Disease Control and Prevention released provisional numbers for 2016 that show births to be down another 1% in the U.S. from the previous year before.

And “by 2030, all baby boomers will be over the age of 65,” the Census Bureau Demographer Lauren Medina said. “The age structure is and will continue to move upward as the number of births slow down and the number of deaths increase in aging population.”

So why is this negative population growth harmful to society?

Replacement refers to the number of births that are needed to occur to keep the population stable from generation to generation. Therefore, it is directly connected to the necessity of keeping fertility rates stable. Currently, the fertility rate is 1.8 births per woman and the replacement rate is 2.1 births per woman, which is creating a negative population growth. And with the younger population shrinking while the older populations are staying constant – the older populations are living longer than ever before – there is an imbalance between caretakers and those who are in need of care, as well as our innovators and those in need of innovation.

This reversal could also impact healthcare, social security, law changes in local governments, which have promised millions in pensions and benefits to employees who will retire soon.

With fewer people paying taxes and with fewer public employees, budgets could then be further tightened.

“Millennials are going to be making up half the workforce in just five years. They’re already the largest cohort of American workers,” said Bovino, to exuberate the importance of this generation. That’s why some of their characteristics — marrying and having children late, renting instead of buying a home, preferring to live in cities and not own cars — could disrupt the U.S. economy. “Two thirds of GDP is consumption, so we rely on people spending money,” says Bovino.

“You’ll have to either tax or borrow your way out of it,” said Robert Gray, a retired founding partner of the suburban Chicago wealth management firm. “That’s not good for the long-term hope of getting any of that money.”

Even without new retirees, Illinois’ current unfunded pension liabilities are at more than $130 billion. And more than a fifth of the state’s annual budget goes into paying pension costs. Gray said the average Illinoisan is going to see more financial stress as these bills come to be due.

This picture is not much prettier at the national level, either.

Derek Fautsch is a financial advisor at the Secured Retirement Advisors and warns people collecting the federal retirement benefit and those working to be prepared for a tax hit when the funds start getting short.

“There’s a high likelihood that they would just tax your Social Security,” Fautsch said. “It’s even more likely that they’ll tax workers more to make up the deficit.”

Both Gray and Fautsch say that on average, the American workers are not saving as much as they should be to prepare for higher taxes and costs of living.

Though, the Negative Population Growth organization paints a different picture, explaining that some economists have made a point that while GDP may slow, a study states, referring to the government’s measure of economic growth, that the “…the country’s economic health-GDP per capita –can benefit. This is especially relevant in a world where robots, AI, and other technologies threaten the jobs of many Americans.”

And this membership organization also states looking at “…China, Germany, and Japan –the countries where vibrant economies have co-existed and have below replacement fertility rates for decades.”

With the biggest difference between these two generations, being the Millennials’ record student debt could be the reason they have depressed their spending abilities. Current borrowers have to pay back about twice the amount as borrowers from 20 years ago. In 1989, the bottom 3/5ths of Americans ages 18-34 had an average net worth of $3,300. In 2013, the same group has more than doubled with a net debt of $7,700.

As the Millennials are taking the mantle as the most impactful generation since the baby boomers, their influence started slowly, due to economic instability and left many struggling into finding good-paying jobs and saddled with staggering student loan debt

And this debt burden could sometimes force these members of this generation has reason to believe this generation is settling for jobs they don’t want. While it takes at minimum 15 years for workers to start their careers in a recession to make up the decrease in earnings compared to people who enter the job market during a period of prosperity.

Though, with wages not picking up in the next decade, Bovino explains Millennials would be forced to avoid big purchases such as homes and cars as well delay starting families. While housing starts would continue growing slowly, the downside to the scenario means the U.S. would miss out on the $49 billion a year through 2019.

With Millennials already forming households a much slower rate, the number of 25- to 34- year olds living at their parents jumped to 17.5% from 2007 to 2010, wherein 1960, three-quarters of women and two-thirds of men were financially independent, married and had children by age 30. And in 2003, the 30-year-old American was two times more likely to own his or her own home than living with his or her parents, with homeownership rates traditionally higher with people who have a history of student loan debt than those without. For the first time in at least ten years, 30-year-olds with no history of student loans are more likely to have a mortgage than those with student loan debt.

And with student loan defaults worsening, the significant number of defaults would also hurt the country’s finances since the federal government backs more than 85% of student loans.

While Millennials views the Baby Boomers as work-a-holics and are not for investing in the big purchase items, view growth on a more positive side, instead of material wealth, Millennials are showing off through travels, hobbies, and even meals that even get photographed and posted on Instagram.

It’s said that the Millennials will reshape the economy with their different views on trusting in larger institutions, like the government. Howe, the generational trends expert views how “they believe we could put in a strong set of community and national organizations that would assume a high degree of dependence on these institutions …. We would all give more to the community and the community would give us back in an equitable way.”

Many men still think that finding vietnamese brides online is some sort of myth. While…

Sustainable living has become an important feature of everyday life. The actions people take in…

Infidelity in a relationship can be damaging to even the most emotionally strong people. In…

Are you nearing retirement age? Is your future something you are ready to map out?…

Who doesn’t love a day at the spa? It is so wonderful to be able…