The social network regularly present their statistics on the web and their mobile app for use. One of the limits of these figures is that they concentrate mainly on the number of monthly active users (MAU). If this variable is more relevant than the number of registered members, it also integrates limits. The use is not measured exactly because a single monthly connection is enough to show up and the full statistics of the Internet users is not analyzed. Anyway, a study by Pew Internet tries to go further, by basing itself on a sample of 1,006 adults living in the United States.

If Facebook remains the biggest social network in the United States and in the world, its use is not obviously linear and evolves over time. Some grow tired or forsake the website. The proof lies with these figures from the study:

– 61 % of the current users voluntarily stopped using the social network within the last several weeks or more.

– 20 % of the adults not using Facebook are former active members: they preferred to leave the social network after having used it during a certain period of time.

– At the same time, only 8 % of the non-members intend to join Facebook.

Pew Internet focused the reasons that urged the Internet users to lose interest in the social network during one or several weeks. 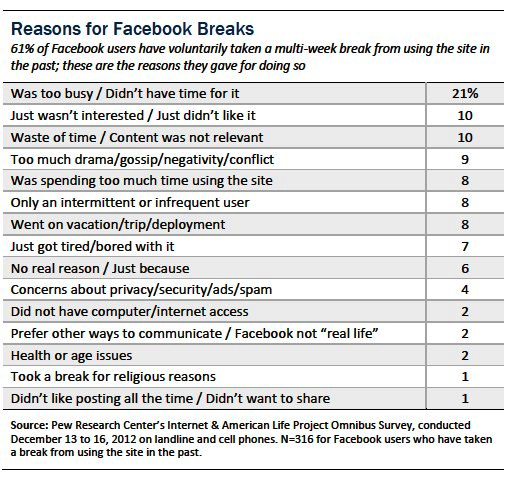 In Pew Research’s Internet and American Life Project Survey 21 percent of facebook users claimed that they were too busy for the site and had to take a multi week break, by far the largest portion of the sample.  Other major reasons include “Just not interested” in the site any longer, or considering Facebook to be a waste of time without any interesting content.  This may be a signal that Facebook must do better to deliver correct content to the people who want to see it.

If any trend really emerges, the main reasons are questions of time and interest. People just do not have time for it, or are too busy and uninterested. Against all expectations, privacy does not seem to be a major concern for users who have voluntarily taken a break from Facebook (only 6%). In the end, just a few users have decided to delete their Facebook account (only 8 % of the questioned left the social network definitively). Men seem more tired than women by Mark Zuckerberg’s social network. Only 7 % of boys (against 16 % of girls) indicate that Facebook became more important for them last year. They represent only 9 % of users to have increased their use of the network this year. 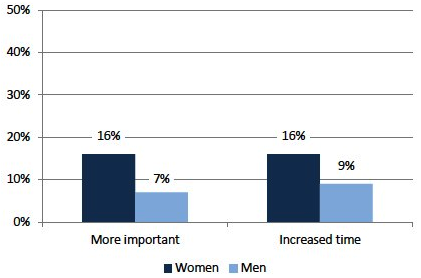 The trend is not necessarily positive for the social network. If the majority of the members do not think of modifying their habits, very few users plan to use Facebook more. A trend even more marked by the young generation: only 1 % of 18-29 year olds think of increasing their use of the social network, when 38 % think of reducing their use. It is still easier to say it than do it… 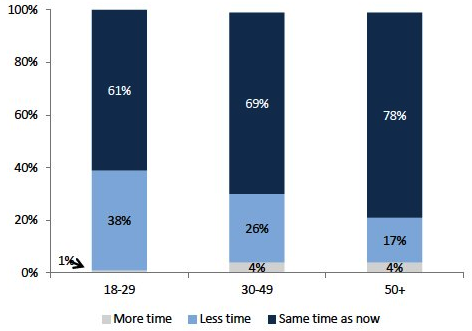