Unless you happen to be an expert in fashionable headwear,
it can be difficult making the right calls when it comes to picking out a style that won’t end up being an embarrassment.
Fortunately, plenty of celebrities have trialled these different hats for you,
so all you have to do is learn from their mistakes and find a hat that’s comfortable to wear.

There was a time when these hats were associated with rich men, but
as they became trendier it became socially acceptable to wear these hats even if you haven’t got a penny to your name.
This is a popular look amongst celebrities, and perfect for that smug, successful gangsta look that’s popular with young people nowadays.
Loved by plenty of celebrities, if you have or want these hats then you’re following in the footsteps of Olly Murs,
who apparently never leaves the house without one.

You would assume that these hats would be only worn in the winter, but you’d be wrong. Beanies are a fashion statement that can be worn all year round.
Whether you want to hide unwashed hair or Legoman haircuts, the beanie hat is practical as well as fashionable.
The beanie is the default of the hat world, so narrowing down the huge list of celebrities that love wearing them would take forever,
but rest assured that Thor aka Chris Hemsworth is one of many who thinks they’re pretty cool.

Probably the first hat you’ll ever own and the one that everyone loves to wear regardless of their personal style is the cap.
Whilst caps can be reminiscent of your childhood, it’s simple to avoid looking like you’re recreating scenes from your golden years with stylish New Era caps.
Plenty of celebrities are obsessed with these hats, one being hip-hop artist Jay Z, who wears his frequently.

Whilst these are far more popular with girls than boys, there’s no denying how popular these hats are.
The results of wearing these adorable hats are feelings of innocence and softness, which may or may not be the image you wanted to project.
From Harry Styles and his adorable animal hats to Snoop Dogg and his quirky fish hat, there’s no question that the world is torn on the subject of these animal hats and there are plenty of choices to choose from.

The trapper hat, more commonly known as a Russian hat, these used to be associated with hunters or
soldiers in countries with snowy weather and are just as warm and cosy as they look.
A big plus for this hat are its earflaps and its furry inner lining that make them perfect for getting snug in.
Whilst this hat looks both comfy and fashionable to wear, it’s worth noticing that celebrities rarely wear this hat. 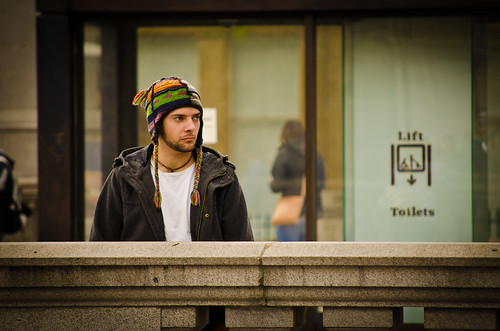 It could be because the animal murderer look isn’t that popular, but it’s still popular enough for winter time and Jared Leto loves them.
As for the hat that didn’t make the cut… the tweed cap, also known as old farmer hats.
Don’t let the fact that Justin Timberlake wears these go to your head, unless you own a farm or are over 60 years old, this hat doesn’t really look good on anyone.