It’s easy to overstate the impact of individual technological innovations, particularly in the agricultural industry. Although agriculture has become far more efficient since its inception at the dawn of history, it remains frustratingly at the mercy of circumstances beyond farmers’ control: weather, soil composition, pests and other factors. 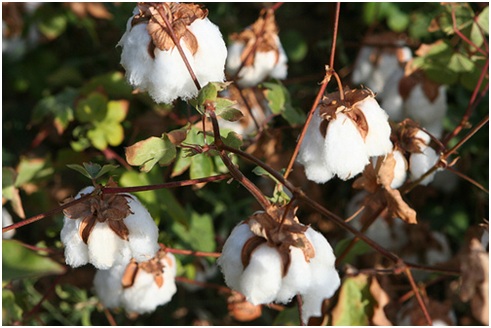 When it comes to cotton, pest control has long been an overriding concern for farmers and their families. Back in the early 20th century, devastating pests like the boll weevil and tobacco budworm threatened the very existence of the cotton crop—and, with it, the livelihoods of millions around the world.

In this particular case, a single innovation, called Bt cotton, did lead to significant improvements in farmers’ pest-fighting capabilities. Over time, this has had a number of benefits—some obvious, some unexpected—for consumers who have little direct connection to cotton farming.

What Is Bt Cotton?

Bt cotton harnesses a natural defense of a specific strain of bacteria (Bacillus thuringiensis, or Bt for short) to defend cotton against formerly common pests, including the tobacco budworm. First made commercially available in the 1980s, Bt cotton has spread to nearly every corner of the globe and significantly reduced the impact of the tobacco budworm. In the process, it has enriched the livelihoods of thousands of cotton farmers and contributed to lower costs for clothing, cottonseed oil and other valuable cotton products.

This approach to cotton pest control is a clever one. Instead of using harmful pesticides, Bt cotton simply incorporates a loop of Bacillus thuringiensis that codes for a natural pesticide. This toxin is only harmful to a few types of insects, including the tobacco budworm; it doesn’t affect humans or animals in any meaningful way.

By targeting only the budworm and its compatriots, Bt cotton protects crops from some insect pests without requiring the use of chemical pesticides. Decreased pesticide use removes a potentially expensive input for farmers, reducing the cost of production. Fewer pesticides also means cleaner water, a benefit for those who live downstream from cotton-producing areas. And for farmers who can’t afford to use pesticides or choose not to, a strain that resists harmful pests reduces the likelihood of crop failure and boosts yield independently of other environmental factors.

It’s important to note that Bt cotton isn’t a miracle strain. It doesn’t kill every known cotton pest, so farmers who plant it may still have to use pesticides to ward off other harmful insects and microbes. And cotton production is at the mercy of other factors, too, from unpredictable weather to price swings. But it’s nice to know that science has contained a problem that, a few decades ago, seemed insurmountable.

How the Cotton Industry Looks Today

Today’s cotton industry looks very different because of Bt cotton. Increased production has led to falling prices for cotton products, including your jeans and T-shirts. It has also freed up more material for the production of the cotton plant’s lesser-known fruits, including its tough but valuable seeds. It’s probably no coincidence that, as it has become more abundant and its health benefits better-understood, cottonseed oil has regained the favor it once enjoyed with American restaurateurs and home cooks. In fact, if you eat out regularly, you probably enjoy this tasty benefit of Bt cotton without even realizing it.

How often do you check your financial books as a business owner? In the event…

When you start a business, you would surely want to grow the business and its…

Online sales are more than just making a commodity and selling it for money. To…

For Stabilizer introduction: The incorporation of microprocessor chip technology and power electronic devices into the…

Planning for retirement should be an exciting time in your life. You’re able to give…